On Tuesday the main part of the hack fest began. People got up and going to the Tower by 9am which was quite good since most people are from several time zones later and also had been working to 1am on various parts. Bill Nottingham had gotten a nice enclave for us off the 16th floor lunchroom where we spent the rest of the day in and out of.

The main goals for the morning hackfest was to make sure that the plan for two factor authorization made sense: Who would be affected (those people with access to critical hardware) and those who would not (everyone else), What would be covered (sudo and some FAS functions) and what would not (wiki, ssh logins, and many other applications), and How it would be done (pam_url, yubikey, google authenticator) and how it would not (pam_otp, linotp, home made app, etc). This took up a good portion of the morning because while we had worked out many similar ideas the night before we ended up finding slight differences. It also helped to make sure we had covered what corner cases would trip us up and which ones we didn't care about because the people affected were the ones making the changes.

At a late lunch time, we decided not to walk to the places that had been closed the night before, but stay on the block finding a nice sandwich place called Sosa's. It was actually about closing time for them, but the owner was very excellent to us keeping it open for an extra hour. The sandwiches were great and we got back to hacking around 3pm. We ended up working til around 7pm getting an initial set of packages together. By this time, the skys had been raining for a couple of hours (which for someone used to the deserts of New Mexico was quite amazing...) but we decided to walk to the restaurant we had wanted to go the night before. Sadly, it was packed as were the next 3 places we tried. In the end, we ended up at the Raleigh News which is a lovely food and pub place where food and hacking was done til about 9pm. A long walk back to the hotel and more hacking followed. I crashed but others kept up til around 2 am I was told. [Sorry for a lack of hacking details today.. most of my day was working out Fedora hardware purchases and other arcane issues.. ] 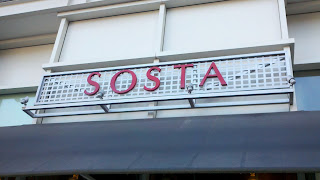 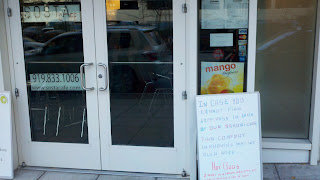 Posted by Stephen Smoogen at 8:41 PM