From 2018-04-09 to 2018-04-13, most of the Fedora Infrastructure team was in Fredericksburg, Virginia working face to face on various issues. I already covered my trip on the 08th to Fredericksburg so this is a followup blog to cover what happened. Each day had a pretty predictable cycle to it starting with waking up around 06:30 and getting a shower and breakfast downstairs. The hotel was near Quantico which is used by various government agencies for training so I got to see a lot of people every morning suiting up. Around 07:30, various coworkers from different time zones would start stumbling in.. some because it was way too late to get up in a day, and others because it was way too early. Everyone would get a cup or two of coffee in them and Paul would show up to herd us towards the cars. [Sometimes it took two or three attempts as someone would straggle away to try and get another 40 winks.] Then we would drive over to the University of Mary Washington extension campus. 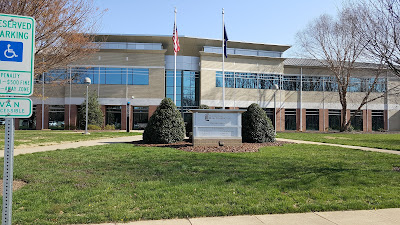 I wanted to give an enormous shout-out to the staff there, people checked in on us every day to see if we had any problems, and worked around our weird schedules. They also helped get our firewall items fixed as the campus is fairly locked down for guests but made it so our area had an exception for the week so that ssh would work.

Once we got situated in the room, we would work through the days problems we would try to tackle. Monday was documentation, Tuesday was reassigning tasks, Wednesday was working through AWX rollouts, Thursday was trying to get bodhi working with openshift. Friday we headed home via our different methods. [I took a train though not this one.. this was the CSX shipping train which came through before ours.] 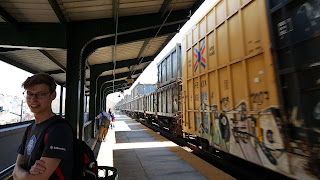 Most of the work I did during this was working on tasks to get people enabled and working. I helped get Dusty and Sinny into a group which could log into various atomic staging systems to see what logs and builds were doing. I worked with Paul Frields on writing service level expectations that I will be putting into more detail in next weeks blogs. I talked with Brian Stinson and Jim Perrin on CentOS/EPEL build tools and plans. 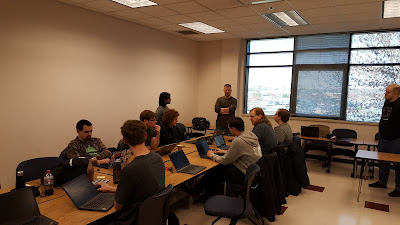 Finally I worked with Matthew Miller on statistics needs and will be looking to work with CoreOS people someday in the future on how to update how we collect data. As with any face to face meetings, it was mostly about getting personal feedback on what is working and what isn't. I have a better idea on things needed in the future for the Fedora Apprentice group (my blogs for 2 weeks from now), Service Level Expectations, and EPEL (3 to 4 weeks from now).
Posted by Stephen Smoogen at 3:04 PM